Why Fake Data When You Can Fake a Scientist?
Making up names and CVs is one of the latest tricks to game scientific metrics

That’s the headline on an article in Nautilus magazine, written by Adam Marcus and Ivan Oransky. Here’s part of the article:

…The fact is that professional advancement for scientists around the world is becoming more and more challenging in an era of ever-scarcer funding for research and tightening competition for faculty spots. To succeed in the publish-or-perish environment of academia, most scientists hit the lab and play within the rules. Others, though, hatch schemes….

[One] of today’s most direct new frauds is incredibly simple: Make up new people.

Jesus Angel Lemus is a Spanish veterinary researcher who has lost 13 papers to retraction over concerns about the veracity of his data. That part’s not so unusual—even 13 retractions doesn’t put Lemus among the top 30 researchers for retractions. What makes Lemus interesting is that he appears to have created a fictional co-author for five of his articles, one “Javier Grande” (big Xavier, whose vague affiliations, ironically enough, made him a big man on campus at the University of Castilla-La Mancha). It’s difficult to understand why, although bulking up author lists is one way to increase the apparent credibility of a study, particularly if they’re from a prestigious—or prestigious-sounding—institution…. 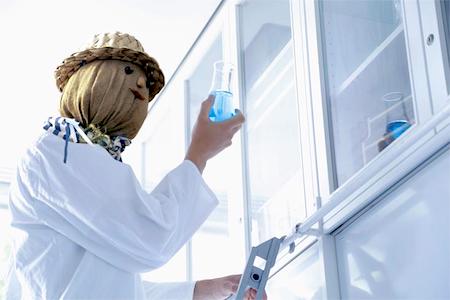