The University of Waterloo celebrated the graduation of Gordon Pennycook, who last month, together with his colleagues, was awarded the Ig Nobel Peace Prize. The university writes: 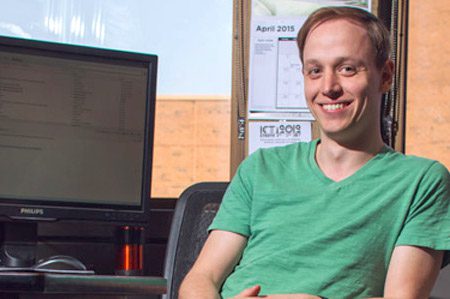 Psych scholar whose research gained global attention graduates
Gordon Pennycook published research on everything from BS to how smartphone use is linked to lazy thinking. Now he’s on a postdoctoral fellowship at Yale University

…Pennycook, who graduates this week with a doctorate in psychology from Waterloo, is currently at Yale University on a prestigious Banting postdoctoral fellowship. He will receive the Alumni Gold Medal for outstanding academic achievement at Waterloo’s 113th convocation ceremonies taking place on Friday October 21 and Saturday October 22.

The numerous studies he led and co-authored while a graduate student explore topics such as religious belief, moral judgments and values, creativity, smartphone use, health beliefs, science communication, and bullshit receptivity. The last of these studies, titled “On the reception and detection of pseudo-profound bullshit,” won a 2016 Ig Nobel Peace Prize, awarded to Pennycook and his co-authors just last month at Harvard University.

“We are not nearly as good at detecting bullshit as we think,” wrote Pennycook in a non-academic online publication.

The BS paper attracted plenty of media coverage and interviews, most recently on the current US election….