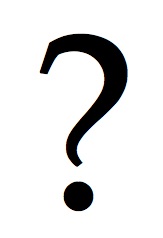 Debkumar Mitra has a nice essay called “No Question Is Stupid“, blogging for The Economic Times. It begins:

Every September, the cut-and-dry world of science tunes in to the proceedings of a unique research harlequin show at Harvard: the Ig Nobel Prize ceremony. There are Swedish Academy-approved laureates who hand over the awards to their fellow researchers and have a great time at the ceremony, often participating in an impromptu gig.

The promoters of the awards — the science humour magazine, Annals of Improbable Research — had a onepoint agenda in instituting them: the awarded research will first make you laugh and then think about them. Contrary to popular belief these awards do not lampoon science or wage a war to change the austere face of research institutions.

They help in giving research a human face by discovering the ripples of the laughter coming from behind the closed doors of laboratories and conference rooms in those staid, and sombre research papers.…