“Osbrink and Rust (1985) reported that there was no significant difference in the mean number of fleas collected from any particular area of the cat.”

This finding is disputed by Meng-Hao Hsu, Tung-Ching Hsu and Wen-Jer Wu at the Department of Entomology, National Taiwan University. 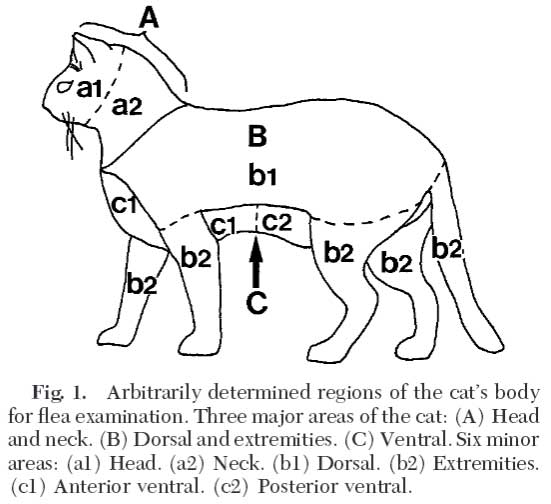 Counting fleas on 164 stray cats, the team found that :-

See: Distribution of Cat Fleas (Siphonaptera: Pulicidae) on the Cat

* Sadly, the online-archive file for the The Bulletin of the Society of Vector Ecology, Volume 10, Issue 1, June 1985 , Osbrink and Rust, appears to be corrupted.