An unplanned uncollaring led to an unexpected play session in space. This study tells what happened:

“Object play in thick-toed geckos during a space experiment,” Valerij Barabanov, Victoria Gulimova, Rustam Berdiev, and Sergey Saveliev, Journal of Ethology, vol. 33, no. 2, May 2015, pp 109–115. The authors, at the Research Institute of Human Morphology, Moscow, Russia, and at Moscow State University, report:

Play behavior was observed in thick-toed geckos (Chondrodactylus turneri GRAY 1864) during a 30-day orbital experiment on the unmanned spacecraft “BION-M” No. 1. The geckos wore ornamented colored collars which made it possible to track the behavior of individual animals on video recordings. The object of the play behavior was a collar that one of the geckos had managed to remove in the pre-launch period and which floated weightless in the animal holding unit under microgravity. Four of the five geckos participated in play episodes, which were defined as one-time interactions with the collar, as well in a fuller form of play that included approaching the unmoving collar or observing its approach, manipulations with the collar and further tracking the collar. Manipulations with the collar could take the form of complicated play, such as pressing the snout against the edge of the collar rim, multiple episodes of pushing the collar with the snout, inserting the head into the collar, holding the collar by pressing the head to the container floor and tilting the head with the collar on the snout. 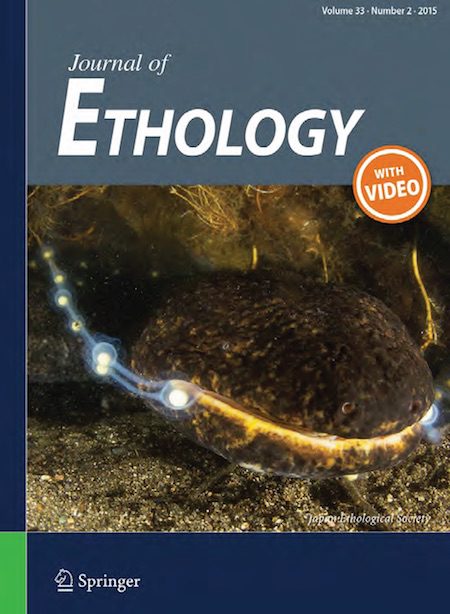 The experience was recorded on video. Here’s a little chunk of that, with music added by New Scientist magazine:

(Thanks to Ig Nobel Prize winner Richard Wassersug for bringing this to our attention.)