Italian physicist Andrea Rapisarda presents his Ig Nobel Prize-winning research about The Peter Principle, at the Ig Nobel show at the University of Oslo. The show was the first stop of the 2016 Ig Nobel EuroTour. Behold the video:

The 2010 Ig Nobel Prize for management was awarded to Alessandro Pluchino, Andrea Rapisarda, and Cesare Garofalo of the University of Catania, Italy, for demonstrating mathematically that organizations would become more efficient if they promoted people at random. That research is documented in the study “The Peter Principle Revisited: A Computational Study,” Alessandro Pluchino, Andrea Rapisarda, and Cesare Garofalo, Physica A, vol. 389, no. 3, February 2010, pp. 467-72. 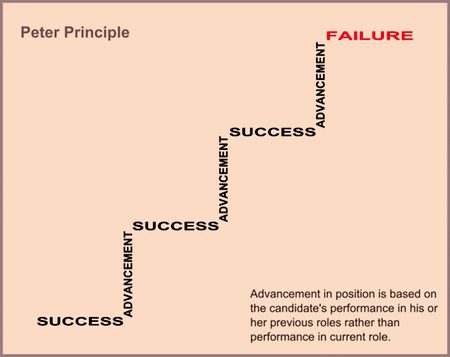 The Peter Principle is related — in ways physicists have not yet explored — to the Dunning-Kruger Effect. David Dunning and Justin Kruger were awarded the 2000 Ig Nobel Prize for psychology, for their modest report, “Unskilled and Unaware of It: How Difficulties in Recognizing One’s Own Incompetence Lead to Inflated Self-Assessments.” That research is documented in the Journal of Personality and Social Psychology, vol. 77, no. 6, December 1999, pp. 1121-34.

David Dunning recently wrote a popular article called “The Psychological Quirk That Explains Why You Love Donald Trump — The popularity of the GOP front-runner can be explained by the Dunning-Kruger Effect.” Dunning begins by saying:

Many commentators have argued that Donald Trump’s dominance in the GOP presidential race can be largely explained by ignorance; his candidacy, after all, is most popular among Republican voters without college degrees. Their expertise about current affairs is too fractured and full of holes to spot that only 9 percent of Trump’s statements are “true” or “mostly” true, according to PolitiFact, whereas 57 percent are “false” or “mostly false”—the remainder being “pants on fire” untruths. Trump himself has memorably declared: “I love the poorly educated.”

But as a psychologist who has studied human behavior—including voter behavior—for decades, I think there is something deeper going on. The problem isn’t that voters are too uninformed. It is that they don’t know just how uninformed they are.