“Fertility doctor impregnated several patients, affidavit says” says the headline on an Associated Press report. If reported affidavit is correct, this case reepeats, on a smaller scale, the achievement that won an Ig Nobel Prize for Dr. Cecil Jacobson.

The 1992 Ig Nobel Prize for biology was awarded to Dr. Cecil Jacobson, relentlessly generous sperm donor, and prolific patriarch of sperm banking, for devising a simple, single-handed method of quality control. Dr. Jacobson reportedly used his own sperm — he perhaps modestly did not inform anyone as to the source of that sperm — to impregnate many of his patients, resulting in an estimated 75 Jacobson-fathered kids. For details of Dr. Jacobson’s activities, read the book The Babymaker: Fertility Fraud and the Fall of Dr. Cecil Jacobson, by Rick Nelson] 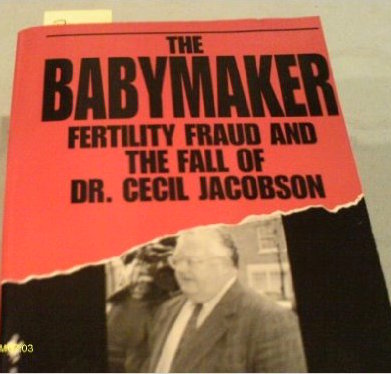 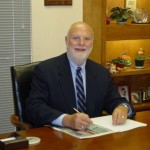 The AP report about the more recent, post-Jacobsonian case includes this passage: “A retired Indianapolis fertility doctor used his own sperm at least 50 times instead of donated sperm that his patients were expecting, impregnating at least eight women decades ago, court documents say. Dr. Donald Cline [pictured here, at right], 77, pleaded not guilty Monday to two felony obstruction of justice charges for misleading authorities who were investigating complaints from two of the now-adult children against him. Cline is accused of being the biological father of at least eight people, the youngest of which would be about 30. The accusations against him were first reported by WXIN-TV in May.”

Further details are reported by the Indianapolis Star: “According to the probable cause affidavit, Cline told one of his biological daughters that he felt pressured to use his own sperm when he did not have access to donor sperm. In one discussion, he said he donated sperm nine or 10 times. In another discussion, he said it was more like 50 times. He told the siblings he was just trying to help people have babies and that now that he has found God, he recognizes that what he did was wrong because he hurt people.”