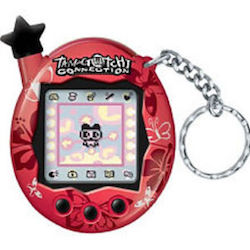 Tamagotchi, whose inventors were awarded the Ig Nobel Prize for economics in 1997, is celebrated by Jaime Rubio Hancock, writing in El Pais:

Does not anyone remember the Tamagotchi? 6 sets which we found as harmful as Pokémon Go

…This Japanese toy Bandai hooked millions of children in 1996. It was not more than a small oval device with a screen in black and white and three measly buttons to scroll through the menu. That was enough to care for a virtual pet.Since then they have sold more than 79 million units , not far below the 100 million downloads of Pokémon Go . And that was not free Tamagotchi: 2,500 pesetas (about 15 euros)….

After this earthquake and as a perfect conclusion, the creators of the Tamagotchi won an Ig Nobel prize (the parody of the Nobel) in 1997, “for their contribution to the economy through the waste of millions of hours of work”. There is no more noble cause, and I say this without any irony.