“In northern India there is a sandy desert and in this desert there live large ants, smaller than dogs but larger than foxes. A few ants that have been caught there may be seen at the king of Persia’s place. When digging their holes these ants throw out soil just like the ants in Greece to which they are similar in appearance. The sand thus thrown out contains gold and to gather this sand the Indians go into the desert.” 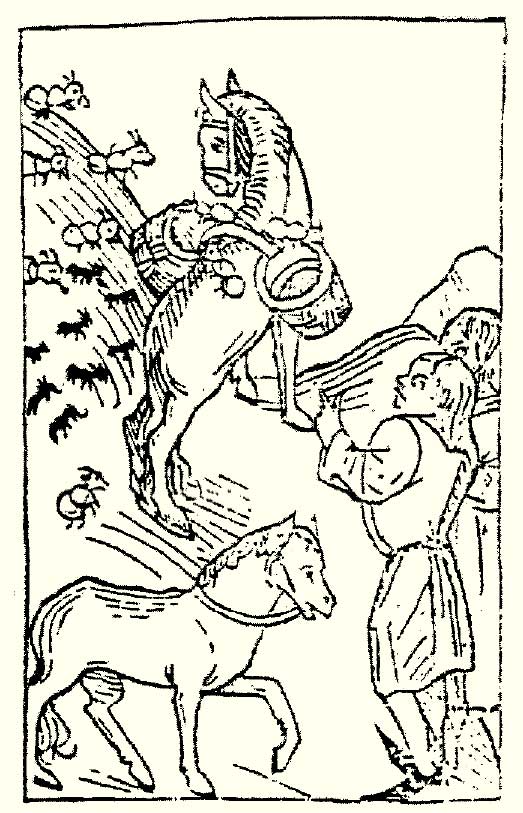 So wrote Herodotus somewhere around the middle of the 5th century BC. But, although there are more than 150 references to the creatures in medieval texts, not everyone is convinced – and there are no scientific records of ants that big. Perhaps their size was exaggerated? Maybe they were mistaken for some other animal? Another explanation is provide by medieval researcher Thomas Reimer [whom Improbable cannot as yet locate] who suggests that :

“The scare aspect of the story is ascribed to the fact that obtaining the gold from such deposits would have been very easy and the gold miners had to ward off competition by other diggers. Any gold rush would have endangered their profits and lowered the value of the gold on the market. Quite obviously there is no basic difference between ancient and modern economics!”

Note: The illustration is from the 14th century bestseller ‘The Travels of Sir John Mandeville’