The work of Kiyoshi Mabuchi, Kensei Tanaka, Daichi Uchijima and Rina Sakai, who were awarded the 2014 Ig Nobel Physics Prize for measuring the amount of friction between a shoe and a banana skin, and between a banana skin and the floor, when a person steps on a banana skin that’s on the floor, continues to gain traction. (See ‘Frictional Coefficient under Banana Skin’, Tribology Online, 7, no. 3, 2012, pp. 147-151.) It’s cited by A. H. Hamid et al. of the Universiti Teknikal Malaysia Melaka, in a new study which examines the potential of banana skin as a lubricant additive for machinery :

“Banana skin has been often referred as slipping tools by the literature. Previous study had showed that coefficient of frictions under epicarp of banana skin; on the floor material is much lower to the value of common materials and similar to the well lubricated surface. During their study, they found that, lubricating effect of banana skin is contributed by existence of follicular gel which sized about a few micro meters.” 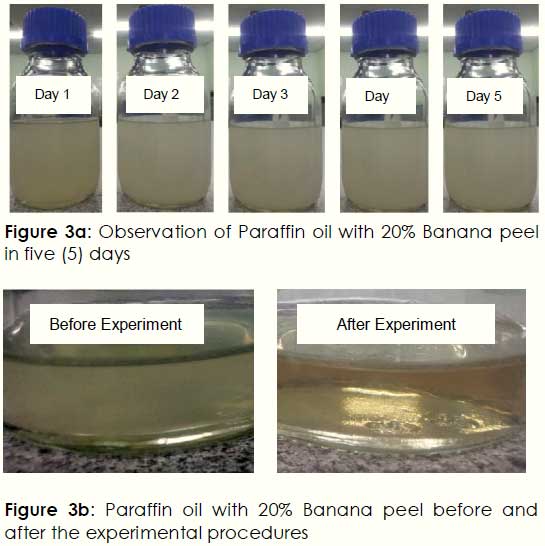 Their experimental research, published in Jurnal Teknologi (Sciences & Engineering), 77:21 (2015) 73–77, is entitled ‘EFFECT OF BANANA PEELS AS AN ADDITIVE ON THE TRIBOLOGICAL PROPORTIES [sic] OF PARAFFIN OIL’

It was determined that :