President Alexander Lukashenko of Belarus, who was awarded the 2013 Ig Nobel Peace Prize for forbidding his citizens to applaud in public, has now induced many of his citizens to publicly display themselves — naked — as they engage in their daily work. The TUT.by web site reports [the text here is auto-translated into English]:

The phrase “undress and work” has spawned a flashmob on the Internet: Belarusians have started to come to the offices of the nude photos and share on social networks….

It all started during the speech of Alexander Lukashenko at the fifth All-Belarusian People’s Assembly. “Innovation, IT-technologies, privatization – all of this is clear  – the president said . We’ve already mastered. But all our life, simple: it is necessary to undress and work up a sweat. “ 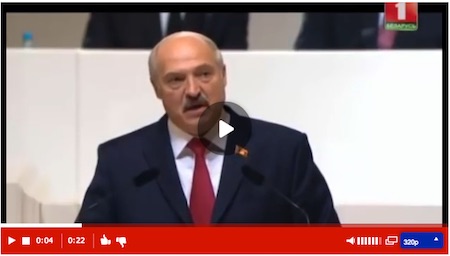 This photo shows two of the many obedient, hard-working naked citizens of Belarus: 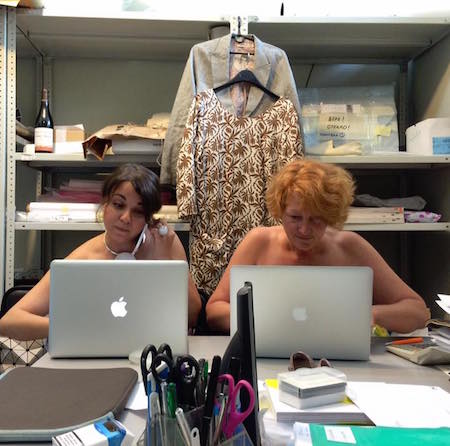 The Guardian presents other glowing examples. As have other news organizations:

That Ig Nobel Peace prize, in 2013, was awarded to Alexander Lukashenko, president of Belarus, for making it illegal to applaud in public, AND to the Belarus State Police, for arresting a one-armed man for applauding.

In case you do not know what applauding looks like, here is a Vine of a politician (Michael Gove, of the UK) applauding: