Ryan P. Smith, writing in Smithsonian magazine, tells of the book that tells of “The Bizarre Tale of the Tunnels, Trysts and Taxa of a Smithsonian Entomologist“:

A new book details the sensational exploits of Harrison G. Dyar, Jr., a scientist who had two wives and liked to dig tunnels

Dyar instigated fiery feuds with his fellow entomologists. He was concurrently married to two different women. And he dug elaborate, electric-lit tunnels beneath two of his D.C. residences, disposing of the dirt in a vacant lot, or else passing it off as furnace dust or fertilizer.

Long after his death, there were whispers that the tunnels had enabled him to shuttle between his lovers—an urban legend that, while apocryphal, speaks to the mystery in which Dyar seems perennially shrouded… 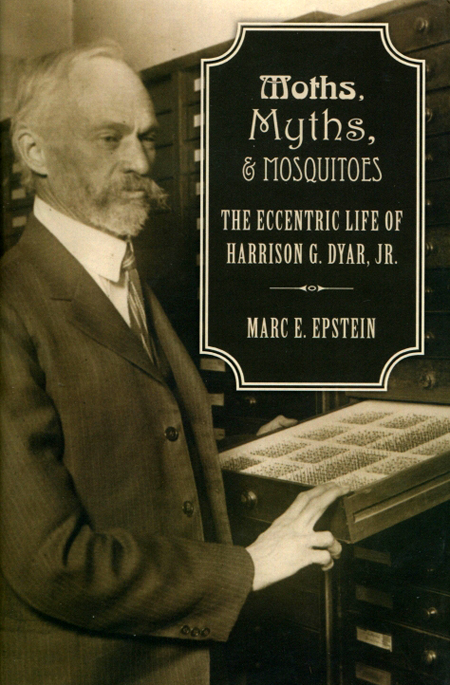 BONUS: One of our favorites of Dyar’s many scholarly publications: “Note on the secondary abdominal legs in the Megalopygidae,” Harrison G. Dyar,  Journal of the New York Entomological Society, vol. 7, no. 2 (1899): 69-70. 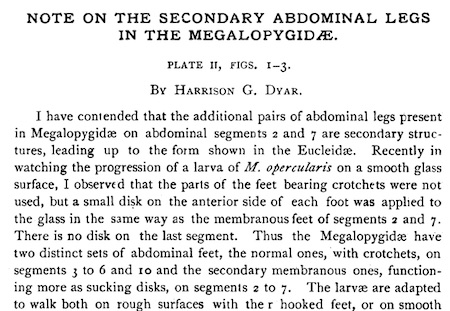