A research team from the Centre for Research on Self and Identity (CRSI) at the University of Southampton, UK, have identified a new psychological bias, which they are calling : “Spontaneous Preference for their Own Theories” – SPOT. A series of three experiments showed that :

“[…] even where theory ownership is established in the most minimal of ways— simply by asking participants to imagine that a theory is theirs rather than someone else’s or nobody’s in particular—participants are inclined to increase their estimates of the likelihood that that theory is true, as they consider successive items of evidence bearing on the truth of that theory.” 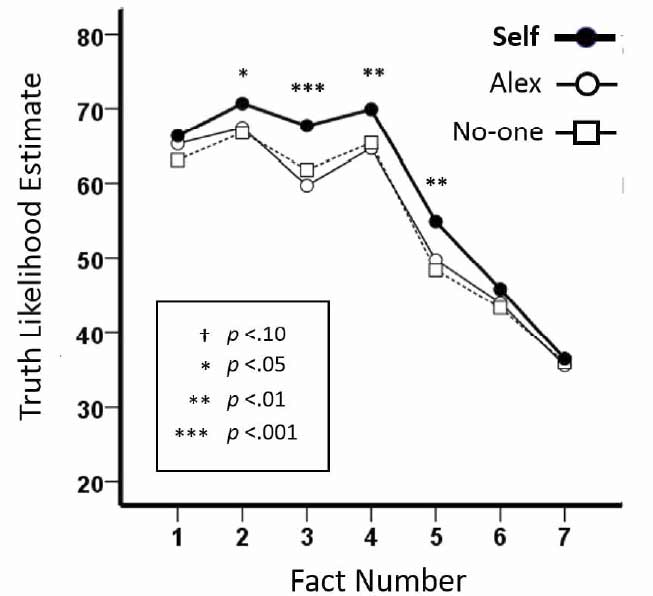 “To test the SPOT effect, we described a fantasy scenario in which, on a faraway planet, two species of alien existed. The theory at issue was that one of the species was a predator, whereas the other one was its prey. The theory was initially stated, accompanied by a piece of evidence bearing on it. Participants were then asked to rate the likelihood of the theory being true or false. Thereafter, additional pieces of evidence were each presented in turn, and, after each one, participants completed the same rating task. An arbitrary link to self was (or was not) created by altering the wording of the theory’s presentation, such that it was introduced and then repeatedly described as being (or as not being) the participant’s own theory.”

The paper does however, ask (and answer) :

“How significant is the SPOT effect? The effect sizes we obtained across three experiments ranged from d = .23 to d = .34, which places them, by convention, into the ‘small’ category (Cohen, 1988).”

See: The SPOT Effect: People Spontaneously Prefer their Own Theories in: The Quarterly Journal of Experimental Psychology, Feb. 2016.