Peter Dreier, who is the Dr. E.P. Clapp Distinguished Professor of Politics, and chair of the Urban and Environmental Policy Department, at Occidental College in Los Angeles, confesses his sins and exposes his academic hoax in a Feb 2016 article for The American Prospect Magazine entitled: Academic Drivel Report 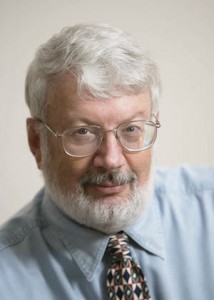 Six years ago I submitted a paper for a panel, “On the Absence of Absences” that was to be part of an academic conference later that year—in August 2010. Then, and now, I had no idea what the phrase “absence of absences” meant. The description provided by the panel organizers, printed below, did not help. The summary, or abstract of the proposed paper—was pure gibberish, as you can see below. I tried, as best I could within the limits of my own vocabulary, to write something that had many big words but which made no sense whatsoever. I not only wanted to see if I could fool the panel organizers and get my paper accepted, I also wanted to pull the curtain on the absurd pretentions of some segments of academic life. To my astonishment, the two panel organizers—both American sociologists—accepted my proposal and invited me to join them at the annual international conference of the Society for Social Studies of Science to be held that year in Tokyo.”

Coming soon: ‘The Presence of the Absence of Absences’.