“In 1989 I found myself at the South Pole in company with a research assistant, Jay Perrett, who had also caught the boomerang virus. What more natural than to throw my trusty omega around the South Pole.

So, I had the easy bit-to launch the missile. Jay had to start the stop watch, photograph the boomerang in flight, lay down the camera, run behind me, divecatch the boomerang and stop the stopwatch. No wonder he was breathless as he announced the result-1440 minutes and 9 seconds.” 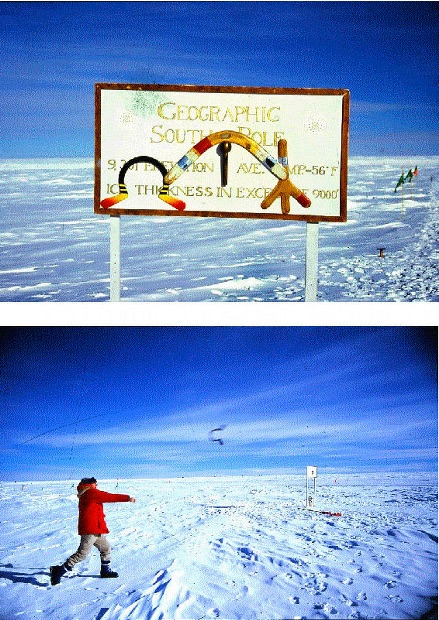 (Thanks to Len Fisher for bringing this to our attention.)