The Clinic published an interview [in Spanish] with Bruno Rossi, who (together with colleagues) was awarded the 2015 Ig Nobel Prize for biology, for observing that when you attach a weighted stick to the rear end of a chicken, the chicken then walks in a manner similar to that in which dinosaurs are thought to have walked. 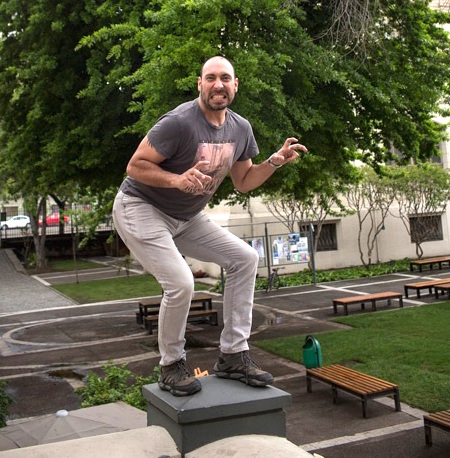