The late, colorful Russian mathematician Vladimir Igorevich Arnold [pictured here] discussed how certain nations are famed for the way their mathematicians go about mathematicianing. This is from an interview he gave to S.H. Lui (and published in the Notices of the American Mathematical Society, in 1997): 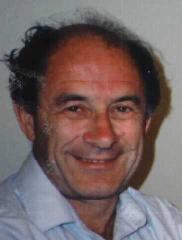 QUESTION: Do you notice any differences in the way people from different cultures do mathematics?

ARNOLD: I was unaware of these differences for many years, but they do exist. A few years ago, I was participating in an International Science Foundation (ISF) meeting in Washington, DC. This organization distributes grants to Russian scientists. One American participant suggested support for some Russian mathematician because “he is working in a good American style.” I was puzzled and asked for an explanation. “Well,” the American answered, “it means that he is traveling a lot to present all his latest results at all our conferences and is personally known to all experts in the field.” My opinion is that ISF should better support those who are working in the good Russian style, which is to sit at home working hard to prove fundamental theorems which will remain the cornerstones of mathematics forever!