The 2015 Ig Nobel Prizes were awarded to the winners tonight in a gala ceremony at Harvard’s Sanders Theatre, with a sold-out audience of 1100 in the theatre, and many more watching the live webcast.

The ten new winners and their achievements are now included in the list of all Ig Nobel Prize winners. Here’s recorded video of the ceremony:

Here’s a photo of the Physics Prize acceptance speech being terminated at the persistent request of an eight-year-old girl (photo by Mike Benveniste / Improbable Research): 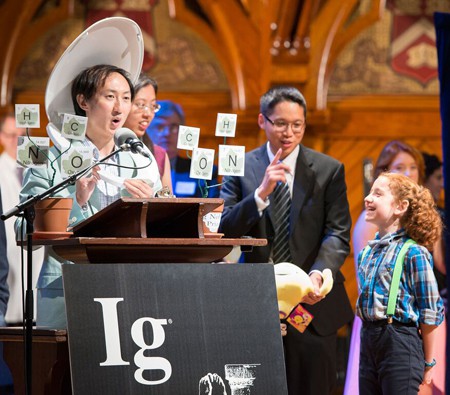