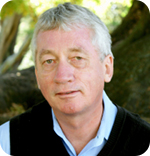 The 2012 Ig Nobel Prize for anatomy was awarded to Frans de Waal and Jennifer Pokorny for discovering that chimpanzees can identify other chimpanzees individually from seeing photographs of their rear ends. (Their study about that: “Faces and Behinds: Chimpanzee Sex Perception” Frans B.M. de Waal and Jennifer J. Pokorny, Advanced Science Letters, vol. 1, 99–103, 2008.) The new essay begins:

WHEN I learned last week about the discovery of an early human relative deep in a cave in South Africa, I had many questions. Obviously, they had dug up a fellow primate, but of what kind?

The fabulous find, named Homo naledi, has rightly been celebrated for both the number of fossils and their completeness. It has australopithecine-like hips and an ape-size brain, yet its feet and teeth are typical of the genus Homo.

The mixed features of these prehistoric remains upset the received human origin story, according to which bipedalism ushered in technology, dietary change and high intelligence.…