Joshua Campbell and his colleague Jerome E. Dobson, inspired by the article “Kansas is Flatter Than a Pancake,” did some research on their own. Campbell tells about it in his  Disruptive Geo blog:

The Flatness of U.S. States

It all started with delicious pancakes and a glorified misconception. In a 2003 article published in the Annals of Improbable Research (AIR), researchers claimed to scientifically prove that “Kansas is Flatter Than a Pancake” (Fonstad et al., 2003). The experiment compared the variation in surface elevation obtained from a laser scan of an IHOP pancake and an elevation transect across the State of Kansas. And while the researchers’ conclusion is technically correct… 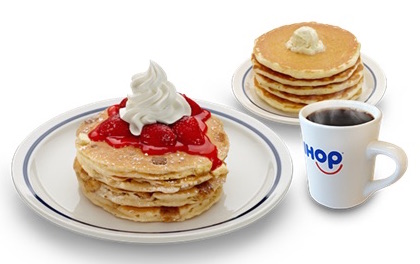 Now, I can take a joke, and at the time thought the article was clever and funny. And while I still think it was clever, it began to bother me that the erroneous and persistent view that Kansas is flat, and therefore boring, would have negative economic consequences for the state. I grew up on the High Plains of southwestern Kansas…

As luck would have it, a few years after the AIR article I found an opportunity to work on this question of flatness and how to measure it. As part of my PhD coursework I was investigating the utility of open source geospatial software as a replacement for proprietary GIS and needed a topic that could actually test the processing power of the software. Combining my background in geomorphology and soil science with a large terrain modeling exercise using the open source stack offered the perfect opportunity to address the question of flatness. What emerged from that work was published last year (2014) in the Geographical Review as a paper coauthored with Dr. Jerry Dobson entitled “The Flatness of U.S. States” (Dobson and Campbell, 2014).