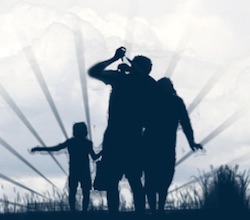 As were the cases wherein Reverend Harvard founded Harvard University and Rev. Yale, the Yale University in the states, so was Dr. Si Hwa Chang who likewise, as nationalist and a true believer of the Puritan martyr spirit, who founded the first Christian school on 3726 W. Adams Blvd. on this land in the recent dawning era of Koreans in the states….

This Christian school, having commenced as LOS ANGELES BIBLE COLLEGE AND SEMINARY, was approved by the State of California in 1969…. In 1987, the school changed its name to L.A. Christian Univ. and in May 1993 to Puritan State University.