Economics, candy, and politics have found a new way to mix. This study makes that, at least, clear: 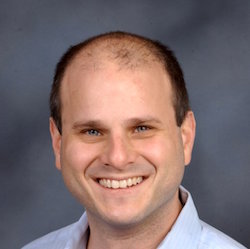 We conducted experiments during trick-or-treating on Halloween in a predominantly liberal neighborhood in the weeks preceding the 2008 and 2012 presidential elections. We decorated one side of a house porch with McCain material in 2008 (Romney material in 2012) and the other side with Obama material. Children were asked to choose a side, with half receiving the same candy on either side and half receiving more candy to go to the McCain/Romney side. This yields a “candy elasticity” of children’s political support. Results vary by age: children ages nine and older were two to three times more likely to choose the Republican candidate when offered double candy for voting Republican compared to when offered equal candy, whereas children ages eight and under were particularly sticky and did not waver in their choice of candidate despite the offer of double candy….

Children’s responses to the candy incentives varied by age, however. Younger children’s preference for Obama was sticky with respect to price, but older children’s preference for Obama was elastic. This result was first observed in 2008 and then successfully replicated in the 2012 experiment. We discuss several interpretations in the conclusion, including a differential response to symbolic versus monetary rewards, a parental-contamination story for the younger children, and the simplest possibility: that younger children just didn’t understand the task as much and so made the political choice they did understand.