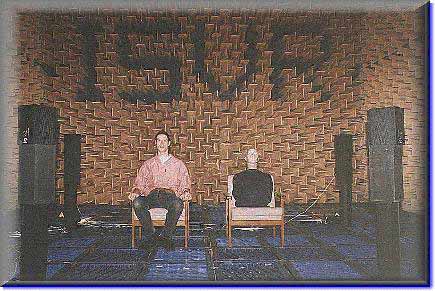 A dummy head (or Kunstkopf) is sometimes used to create ‘binaural’ recordings. There can however, be a problem with this approach – in the sense that from the listener’s point of view, it’s not always completely clear which way is the head facing, could it be back to front? Researchers at the Virtual Acoustics and Audio Engineering Department and the Institute of Sound and Vibration Research of University of Southampton in the UK are aware of this drawback, and have suggested a novel remedy – the four-eared Kunstkopf.

“A new recording technique based on multichannel digital signal processing is suggested. A dummy head is modeled as a rigid sphere with four-ears (microphones). Successful reproduction of the recorded signals can be achieved all around a single listener using four loudspeakers in an anechoic environment, thus dealing with the problem of front-back confusion that appears with current dummy head recordings.“