For a while, a long while ago, some people thought they would soon make computers simulate the ways people behave with each other. This paper, published in 1974, suggested that maybe such things would not be simple or easy: 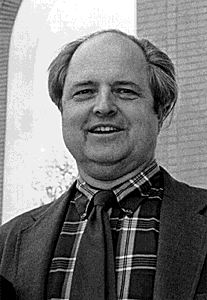 “In each case, the non‐analytical nature of the computer model is not due to unusual mathematical ineptitude but derived from evidence contradicting the empirical validity of more elegant formalizations employing, respectively, formal logics and graph theory, differential equation systems, game theory and statistical models. Several analytically challenging problems concerning validity assessment, the nature of deep structure, and the policy‐relevant performance characteristics of complex models are mentioned. Moral, political, philosophical and pedagogical issues derive from the empirically provisional nature of all simulation versions of frequently controversial social theories, the frequent mystification of mathematical/computerized ‘results’, and the uneven practical utility and accessibility of social simulations.”

BONUS (mostly unrelated): An earlier Hayward R. Alker invented a fire alarm that used the telephone, obtaining a patent for it in 1939.