In 1992, Litos et al. patented their bio-mimic throw-in-the-air toy called the ‘Autorotative Flyer’. It might not occur to everyone that the passive toy could be updated, and militarized, with the addition of a supersonic jet pack. But occur it did to high-tech weapons manufacturer Lockheed Martin Inc. which has just received a US patent for its Active Maple Seed Flyer. 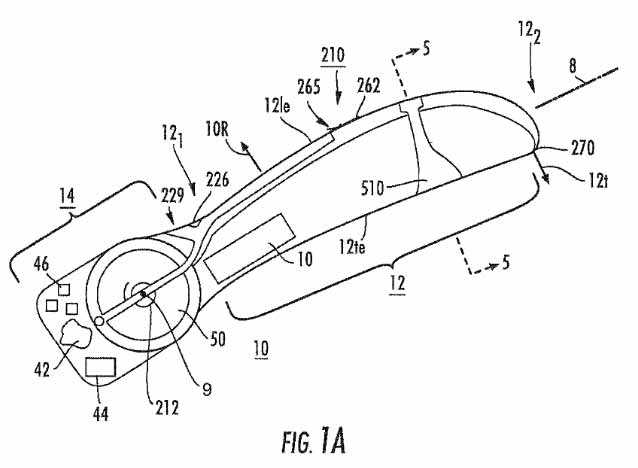 The remote-controlled, 10 gram, 3.5 cm long vehicle can fly for 20 minutes or so, and spins 250 times per second thanks to its supersonic jet thruster. Onboard (or offboard) electronics can de-spin the resulting images says the patent. For the convenience of the human-in-the-loop the seeds come in a blister-pack of 5 or more.

Bonus question: Is this the first time that a children’s toy has has been adapted to form a military device – rather than the other way around ?