“My fascination with interstitial legal geographies manifest in city trees has led me to the study of public washrooms and zoos.”

– explains Irus Braverman who is Associate Professor of Law and an Adjunct Professor of Geography at the State University of New York, Buffalo. 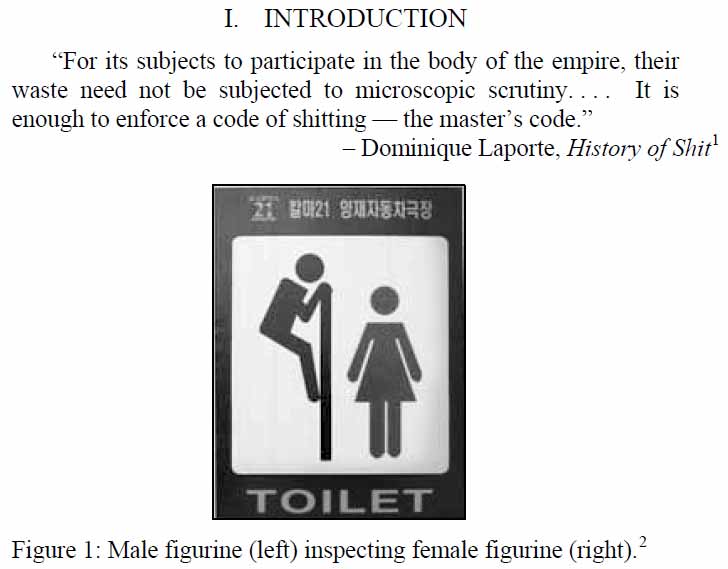 “ […] emphasized the interrelations between human and nonhuman inspection, demonstrating how, through the design of automated fixtures, human agency is embodied into and at the same time replaced by nonhuman actancy. Rather than placing a human policeman to make sure that the user flushes after every use – which might constitute an illegal, immoral, and also economically impractical act in the context of the public washroom — a nonhuman ‘thing’ performs this dirty task.“

The last in the series of the professor’s toilet papers, ‘Loo Law : The Public Washroom as a Hyper-Regulated Place’ (in: Buffalo Legal Studies Research Paper No. 2009-03 Hastings Women’s Law Journal, Vol. 20, No. 1, 2009)

“[…] argues that as a result of the complex interrelations between law and spatiality, the American public washroom–and public washrooms worldwide–has become a uniform, cookie-cutter space that does not allow for much innovation, creativity, or even liberty on the part of its everyday users.”

Note: An example of the kind of nonhuman thing (an automatic sensor) that the professor covers.