Richard Lehman writes (in his journal reviews column, in BMJ), about a standout article about standing up for standing up, in The Lancet:

I do wish the world was run by New Zealanders. Unassumingly tough, kind and sensible, uninterested in adopting other people’s bad habits and neuroses, they are just wonderful at getting on with life. When old Kiwis have falls, they look at what they might fall over and what they might hold on to. Result: “a 26% reduction in the rate of injuries caused by falls at home per year exposed to the intervention.” OK, this has been done before. But it needs doing a lot more.

The New Zealand attitude about preventing falls shines also in the study that earned the 201o Ig Nobel Prize for physics: 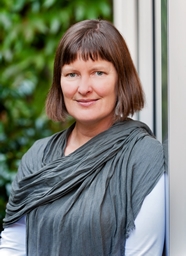 2010 IG NOBEL PHYSICS PRIZE: Lianne Parkin [pictured here], Sheila Williams, and Patricia Priest of the University of Otago, New Zealand, for demonstrating that, on icy footpaths in wintertime, people slip and fall less often if they wear socks on the outside of their shoes.