Professor Terry Frank Pettijohn II, of Coastal Carolina University, is the lead author of a new study which investigates the ‘Chin Area’ (and other facial features such as ‘Eye Width’) of US country Music singers between 1946 and 2010 – and examines possible correlations with an index of economic and social conditions called the General Hard Times Measure (GHTM). 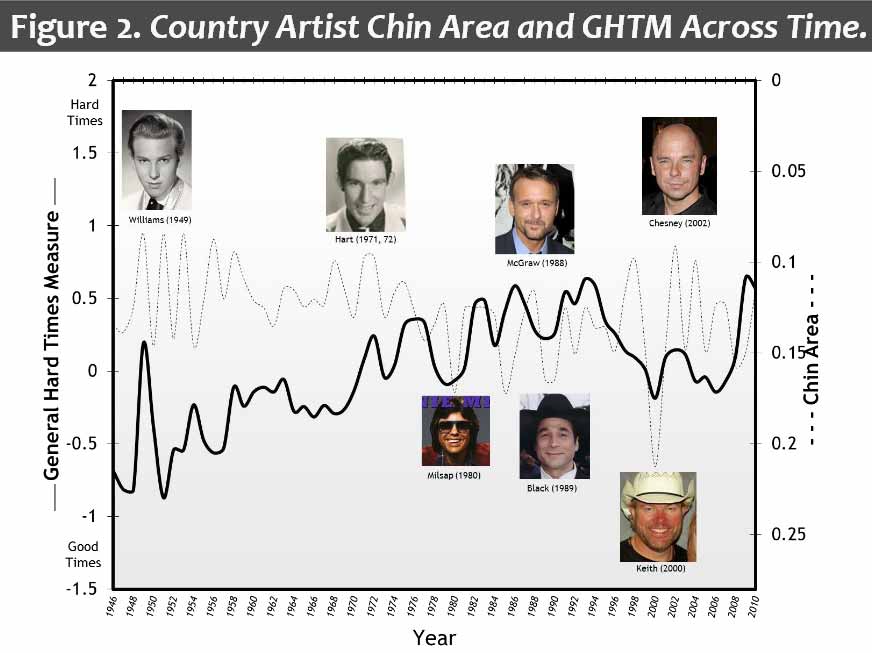 Note: The paper costs $39.95 (for non-subscribers) to read, but a handout by the same authors (a poster presented at the 25th Annual Association for Psychological Science Convention) is available here, free of charge.