My new book — This Is Improbable Too (OneWorld Publications, 2014, ISBN 978-1780743615) — is now available in America (it was published in the UK this past March). The first US review has appeared, by Steven Poole, in The Wall Street Journal:

The éminence grise behind the Ig Nobels is Marc Abrahams, and for those of us who have heard of only the silliest prize winners, his second compilation of results from the wilder fringes of science suggests that the prize is, after all, rather unkindly named. It is not “ignoble” or entirely stupid and humiliating research but rather, as Mr. Abrahams describes it, research that first makes you laugh and then makes you think….

A prominent thread is a kind of mania for measurement. Readers are likely to think that even the gentle modesty of one researcher is an unwarranted exaggeration when he claims: “The sitting height, leg length, and sitting height index of several groups of Old Virginians is of some interest.” Perhaps the craze for measurement—mensuraphilia? metripathy?—runs in families: The son of the man who measured Old Virginians published a study summing up 35 years of measurements of how fast his fingernails grew.

Then there is the baffling wealth of “2D:4D” research, investigating how the ratio between your second and fourth finger predicts attractiveness or braininess. (Not very reliably, it seems.) Happily, at least, some indefatigable measurers have confirmed the notion that your ears never stop growing throughout your life. The lesson to be drawn from all this is, arguably, optimistic. You can’t have world-changing discoveries without allowing apparently pointless research—not only because the latter sometimes turns into (or at least inspires) the former but because there’s no way to tell what will be important before the results are in….

My favorite British review appeared in The Daily Mail. That review, too, was fairly lengthy. But the tone was different. Here’s my very most favorite part: “It’s almost dementedly inconsequential“. 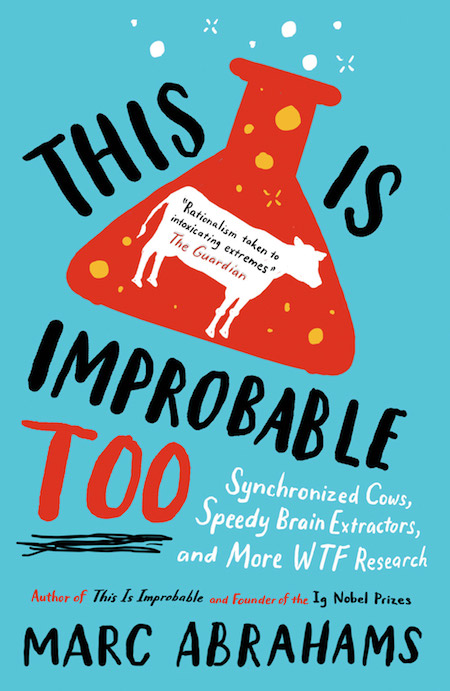 Also this past week, I was interviewed on The Bob Edwards Show. Without intending to, I shocked Bob. At the end of the interview he asked me a very general question, to which I gave a very particular answer. The answer involved a historic duck.

You can get the book from Amazon and at most good bookstores.

BOOK TOUR: I will be doing a book tour of sorts in connection with the new book. At some events, I will be joined by colorful scientists, journalists, actors, etc., who will do brief dramatic readings from some of my favorite scientific studies. For details, see the full schedule of events. If you would like to host an event in Boston, NYC, Washington, or elsewhere, please get in touch with us ASAP.

Some of the highlights:

THE FIRST ‘THIS IS IMPROBABLE” BOOK: Don’t forget this book’s older sibling, the almost-new Improbable book: 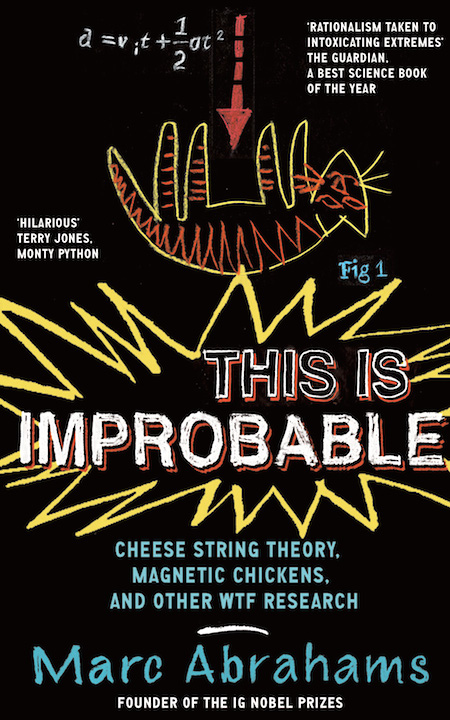 Buy a copy (or several!) on Amazon.com.