Before there was a Luxuriant Flowing Hair Club for Scientists (LFHCfS), there were indeed scientists who had luxuriant flowing hair. Alex Wellerstein, a (or  in the view of pedants, an) historian of science at the American Institute of Physics, peers back at the hair of several physicists in the 1930s. Wellerstein’s essay, called “The Hair of Physicists (1930s)“, says in part:

Sam [Schweber] compared Oppenheimer and Bethe in terms of their ethics and behaviors…. I want to compare them by a different, perhaps more frivolous metric: their hairstyles in the 1930s. Because both young Oppenheimer and young Bethe rocked some considerable hair back in the days before the bomb.

All of the below images come from the amazing Emilio Segrè Visual Archives at the American Institute of Physics — my employer. These are very low-resolution versions of the images in question; the high-res files are impressively detailed. It is one of the perks of the job that I can look through these images; if you’re ever doing anything where you need an image of a physicist, definitely go to the ESVA first.

All right, let’s start with Oppenheimer: 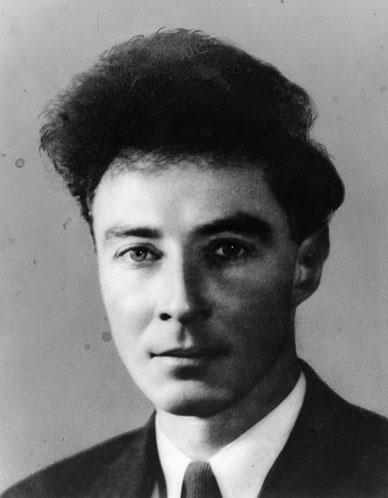 (Thanks to Margaret Harris for bringing this to our attention.)