The biochemistry of love: an interview with Donatella Marazziti
By Samuel Winthrop
21 May 2014

Donatella Marazziti is a professor of psychiatry and the director of the psychopharmacology laboratory at the Department of Psychiatry, Neurobiology, Pharmacology and Biotechnology at the University of Pisa. She is also a member of the Mood Disorders section at F1000Prime.

Professor Marazziti recently visited us in our New York City offices and gave us a video interview about her research interests, which involves the study of social relationships. Her team’s research into the biochemistry behind romantic love and its similarities with obsessive-compulsive disorder earned them an Ig Nobel prize in Chemistry in 2000.

As well as her current research, Professor Marazziti tells us how she started in the field of psychiatry, what it was like to be able to be part of ‘the second revolution’ in psychiatry in the 1980s, and what advice she would give to anyone starting out in science, which (bringing us full circle) is to love whatever area one chooses to study. 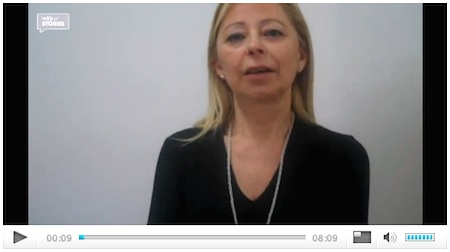