Many scientists having probed the smell of coffee, one, at least, is probing its sound. He has published a study about it: 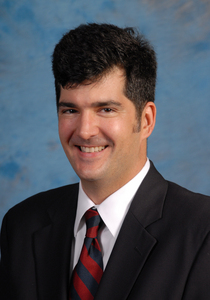 “Coffee Roasting Acoustics,” Preston S. Wilson [pictured here], Journal of the Acoustical Society of America, vol. 135, no. 6, 2014. (Thanks to investigator Daniela Müller for bringing this to our attention.) The author, at the University of Texas at Austin, reports:

“[The] sounds known as first crack and second crack are the result of pyrolytic processes that occur within the bean during roasting. First crack occurs at an internal bean temperature of approximately 200  °C and coincides with the release of steam and gases. Each bean experiences a first crack, and hence as a group of beans is roasting, first one or two cracks are heard and then more and more occur forming a chorus of first cracks. After about two minutes, first crack ceases and there is an acoustically inactive time. Second crack occurs when the temperature reaches about 230  °C and additional gas is emitted along with increased fracturing of bean material. Again a few beans begin second crack. Over about the next two minutes, a chorus builds, peaks, and declines and then second crack stops. The beans can ignite and burn beyond this phase and hence roasting rarely continues beyond the end of second crack. The sounds of first crack are qualitatively similar to the sound of popcorn popping while second crack sounds more like the breakfast cereal Rice Krispies ® in milk.”

Here is someone else’s recording of the first crack and second crack:

BONUS: The sound of Rice Krispies in milk (historic recording):

BONUS (of interest only to specialists): Video of the sound of Rice Krispies when insufficient milk is added to them: