People use air conditioning to, on a small scale, cool off . This report measures the degree and degrees to which it can, on a larger scale, do the opposite:

search: Atmospheres, epub March 6, 2014. (Thanks to investigator Stephen Rector for bringing this to our attention,) The authors, at Arizona State University, report about what happens in and above the city of Phoenix:

“This article investigates the effect of air-conditioning (AC) systems on air temperature and examines their electricity consumption for a semiarid urban environment…. during the night, heat emitted from AC systems increased the mean 2 m-air temperature by more than 1 °C for some urban locations. The AC systems modified the thermal stratification of the urban boundary layer promoting vertical mixing during nighttime hours…. Our results demonstrate that releasing waste heat into the ambient environment exacerbates the nocturnal urban heat island and increases cooling demands.”

BONUS: The New Times asked, years ago, whether Phoenix can ever be cool: 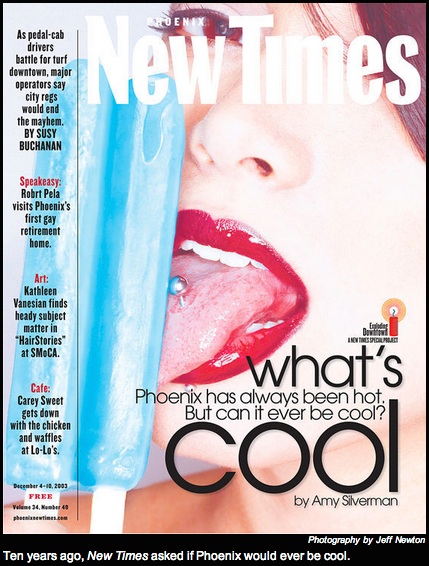