Who does not love an ambitious railway plan?

The Guardian reports about a report about Chinese “plans to build a high-speed railway line to the US:

The proposed line would begin in north-east China and run up through Siberia, pass through a tunnel underneath the Pacific Ocean then cut through Alaska and Canada to reach the continental US, according to a report in the state-run Beijing Times newspaper. 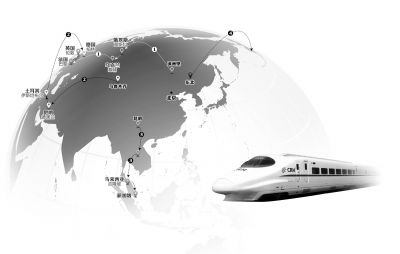 Flann O’Brien had a plan to deal with head-on train collisions:

A man published a plan for an extremely fast (five minutes!) train journey between London and Edinburgh.

William Topaz McGonagall’s famously bad poem “The Tay Bridge Disaster“:  the first-ever group recitation of it on a train crossing the Tay Bridge:

BONUS (about ambition thwarted, sort of): Reports say that a Japanese train encountered problems with millipedes.