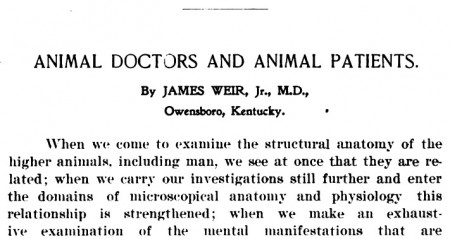 The Denver Medical Times [August 1899 vol. XIX, no. 2, pp. 65-71] was the venue for James Weir Jr.’s compendium of observations on how animals treat themselves when afflicted by diseases.