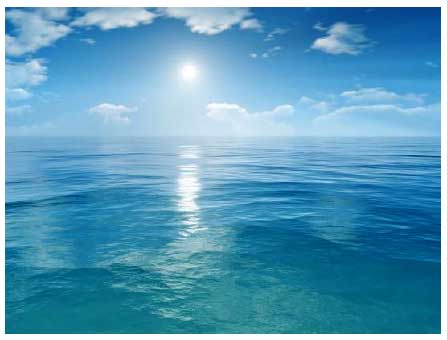 Given its prevalence, it’s perhaps surprising that motives for humans to seek out glossy, shiny, smooth things have, until now, gone largely underinvestigated in the scholarly world. A(n) hypothesis is presented, however, by doctoral student Katrien Meert of Ghent University, Belgium, in a new paper awaiting publication in the Journal of Consumer Psychology, ‘Taking a shine to it: How the preference for glossy stems from an innate need for water’

A series of six experimental studies were undertaken to test the hypothesis – which was partly supported :

“[…] this paper investigated the causes for human’s preference for glossy. Drawing on an evolutionary psychology framework, we show that the general preference effect for glossy pictures is (partly) due to an association with human’s innate preference for water.”

The paper is currently behind a $35.95 paywall, but it can also be read in full, without charge, via Katrien Meert’s doctoral thesis ‘Attracted to Attractiveness? The Effect of Attraction and Luxury on Consumers’ Mind, Attitudes and Values’ (chapter 2, page 45)