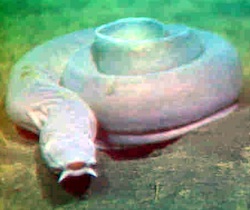 Kathryn Knight writes in the Journal of Experimental Biology:

Hagfish [pictured here, in a NOAA photo] don’t score high on the fish charisma scale. They are very unattractive, have a reputation for devouring victims from the inside out and, if attacked, they instantly release litres of repulsive slime. However, despite their repelling habits, Douglas Fudge from the University of Guelph is intrigued by hagfish slime. He says ‘It’s like nothing else in biology because they produce it so quickly and in such large quantities and it’s reinforced with fibres.’ Fudge has been working on the material properties of hagfish slime ever since his PhD… 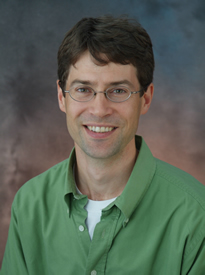 For some Fudge [pictured here] findings about hagfish slime, see the study