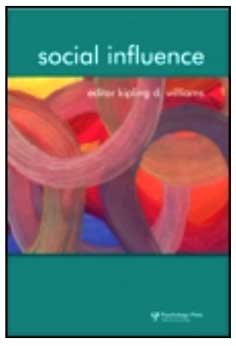 Back in 2011 Improbable drew attention to the ubiquitous (though at the time somewhat under-investigated) social phenomenon of ‘Door Holding’ see : Etiquette and effort. At the time. a research team from Penn State University, US, proposed that ‘Door Holding’ may have evolved because its perceived effort-saving efficiency might be uplifting for society. (press release here) But now the behaviour has been re-appraised. Before you next hold the door for someone, maybe first read a new paper by Megan K. McCarty and Professor Janice R. Kelly of the Department of Psychological Sciences, Purdue University, West Lafayette, Indiana, US. Their work is scheduled for publication in the journal Social Influence, and examines the darker side of ‘Door Holding’.

“This work explored the potential negative consequences of unexpected help. A behavioral observation and a survey study found that men are unlikely to have the door held open for them in a chivalrous manner, whereby they walk through the door before the person helping them does. In an experimental field study, passersby were randomly assigned to experience this type of door-holding help or not. Males who had the door held for them in this manner by a male confederate reported lower self-esteem and self-efficacy than males who did not have the door held for them. Females were unaffected by door-holding condition. These results demonstrate negative consequences of seemingly innocuous but unexpected helping behavior that violates gender norms.”

See: ‘When door holding harms: gender and the consequences of non-normative help’

Coming soon: Automatic doors, what are they saying to us?