Richard Stephens, who is both a psychology professor at Keele University and an Ig Nobel Peace Prize winner (for his study “Swearing as a Response to Pain,”), explains the famous Coolidge Effect. Stephens writes, in his blog: 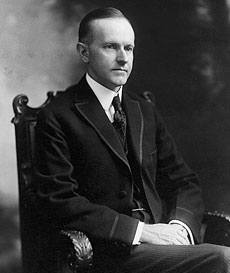 The Coolidge Effect and the sex life of a rat
John Calvin Coolidge Jr. was the 30th United States president, holding office from 1923 to 1929…. A renowned leader whose reputation has remained strong to this day, one of Coolidge’s more obscure legacies was the lending of his name to a psycho-biological phenomenon – thanks to a singularly trivial event.
The story goes that President Coolidge and his wife were being shown around a farm. For some reason they became separated, viewing different parts of the farm at different times. At the chicken yard, Mrs Coolidge observed a rooster mating very actively and asked how often this occurred. She was surprised to hear it was dozens of times a day and joked that the staff should tell the president when he came by. When the president’s party later arrived, the farm staff duly recounted his wife’s observations concerning the rooster. President Coolidge demonstrated a keen sharpness of mind when he asked the simple but revealing question of whether the cock was mating with the same hen every time. On hearing to the contrary the President suggested the staff might mention that to Mrs. Coolidge.
The Coolidge Effect, named after the 30th President of the United States, is concerned not with industrial relations, economics or outstanding leadership. Rather, it concerns an aspect of sexual behaviour. Specifically speaking, it denotes the observation, which holds for many species, that males will be more eager to mate with a new female, as opposed to one that is familiar.…

BONUS: Few American citizens (other than psychologists) know that Calvin Coolidge is associated with the Coolidge Effect. Coolidge has a reputation for being dour and terse, and little else.
BONUS: Video of “Diferences in Sexual Behavior Pattern (rats)” [sic]: