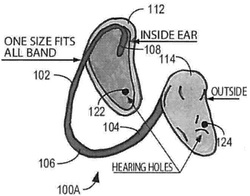 In the spirit of making-lemons-into-lemonade, a few individuals have realised that, when life produces cauliflower ears, it might also be coaxed to produce customers who will pay money for replicas of cauliflower ears. A patent application (US 20130326793 [a detail from it is pictured here]) describes the fruit of their ingenuity: “An apparatus and method for wearing replica ‘cauliflower’ ears which are moulded from the actual cauliflower ears of athletes [in] contact sports including mixed martial arts (MMA), wrestling, rugby, boxing.”

The patent explains: “Cauliflower ears are often unique and distinctive for each athlete, and are often considered by the athletes and fans as badges of honour.” The aim is to supply the extra-pulpy artificial ears as adornments for enthusiasts who, though eager, could not or would not sport self-grown, fisticuff-generated cauliflower ears….

BONUS: The photo below shows “fan photos” displayed by a California company called Dedicated Few, which offers the ears for sale: 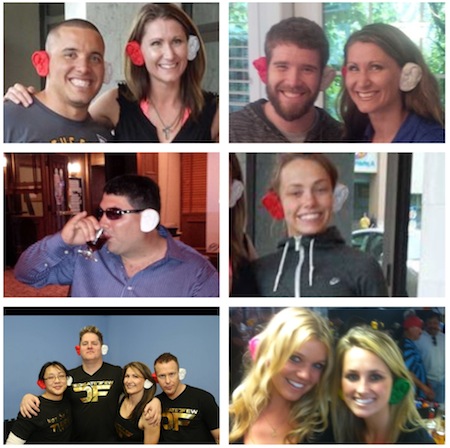 BONUS: Historic video of the band Radioactive Cauliflower, which hails from a California town near the listed home town of the individuals who have applied for the patent for artificial cauliflower ears :