This economics study suggests that allowing foreigners to work as sumo wrestlers has been detrimental to the quality of native wrestlers’ wrestling:

“Using a data set for all sumo wrestlers in the post-World War II period, this paper investigates how wrestlers’ body mass index (BMI) is associated with their win rate and absence rate. Further, the effect of BMI is compared between an early period (before the emergence of foreign wrestlers) and later period (after the emergence of foreign wrestlers). After accounting for endogenous bias using instrumental variables, the key findings are that (1) there is no positive relationship between the BMI and win rate in either the early or later period and (2) there is a positive relationship between the BMI and absence rate in the later period but not in the early period. From the findings in this paper, I make the argument that an increase in the number of immigrants with human capital different from that of domestic labor leads the domestic labor to obtain human capital that does not match its characteristics, thereby reducing its performance.” 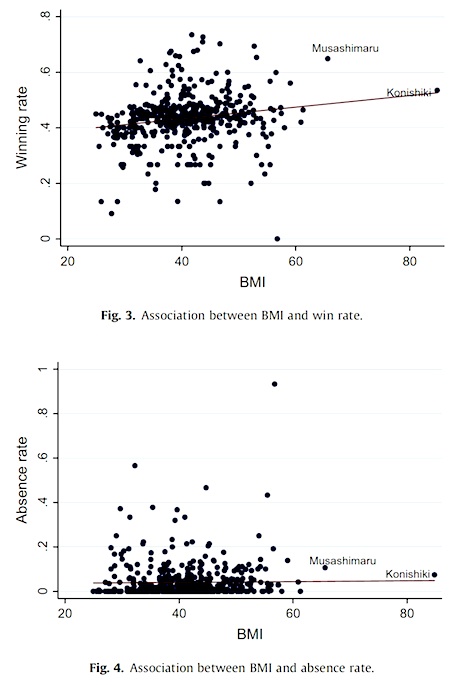 (Thanks to Hiroshi Gunji for bringing this to our attention.)

BONUS: By the same author:

“it was found that people are more likely to watch anime when they have children aged less than 12 years.”