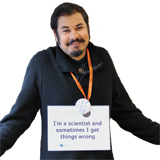 The lead author introduced this study to us by saying: “Here is the paper where I accidentally made genitalia glow in the dark.”

The paper itself says:

“During experiments, bioluminescent S. pyogenes produced an unexpected signal from the genitalia of some mice, corresponding to infection of the lower vaginal tract, suggesting direct inoculation through grooming or airborne transmission within the cage (Figure S1). This underlines the potential for bacteria used in animal experiments to be transmitted beyond the intended site of infection and demonstrates the ability of BPI to identify niches of infection that were not previously suspected.” 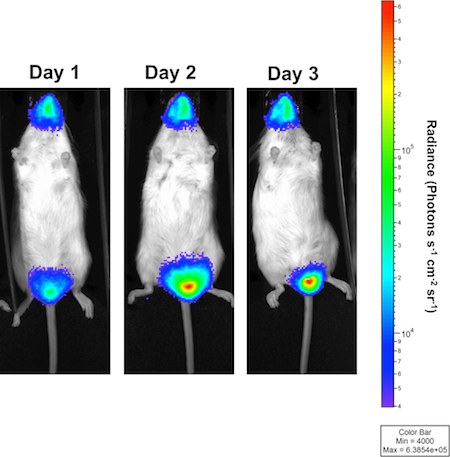 BONUS: The experiment where they purposely made poop glow in the dark