“Magnetic Resonance Imaging: A Tool for Pork Pie Development,” Adam P. Gaunte, Robert H. Morris and Michael I. Newton [pictured here], Foods, 2013, 2(3), 393-400. (Thanks to Ben Goldacre for bringing this to our attention.) The authors, at Nottingham Trent University, UK, report: 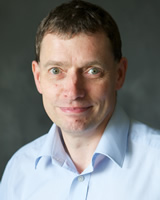 “The traditional British pork pie consists of roughly chopped pork cooked in a hot water pastry crust. Due to shrinkage of the meat during cooking, the gap formed around the meat is usually sealed using a gelatin based jelly to exclude air and thus help to preserve the pie. The properties of the jelly are such that it will ingress into the pastry crust causing undesirable softening. The jelly is traditionally produced by simmering pig trotters with seasoning for several hours. In this work we demonstrate the potential of magnetic resonance imaging (MRI) as a tool for investigating the conditions required for producing jellies with different properties and present two examples of this use. Firstly we demonstrate that MRI can determine the ability of water to diffuse through the jelly which is critical in minimizing the amount of moisture moving from the jelly to the crust. Secondly, the impact of jelly temperature on the penetration length into the crust is investigated.” 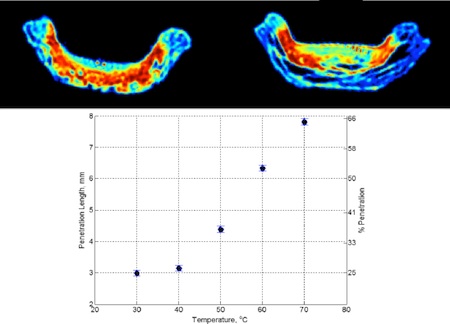 BONUS (peripherally related, but devoid of MRI use):

BONUS: Pork, the surprise (yet traditional) remedy for a nosebleed