“Humans have around 50 muscles in each leg, which are arranged in a way that allows us to move in numerous ways. The flexibility of movement in human legs is expressed, for instance, through the different styles of dance that have existed throughout the ages and humorously through TV sketches such as ‘The Ministry of Silly Walks’ performed in Monty Python’s Flying Circus.”

“…when humans go from point A to point B, they tend to just choose one of two gaits: walking and running.”

As part of the study, experimental subjects were asked to ‘shuffle’ on a treadmill at up to ten different speeds – from 0.1 m/s to 1.0 m/s – with the top speed depending on the capabilities of the subject. Their gait (example below) speed and oxygen consumption was recorded by supporting equipment. 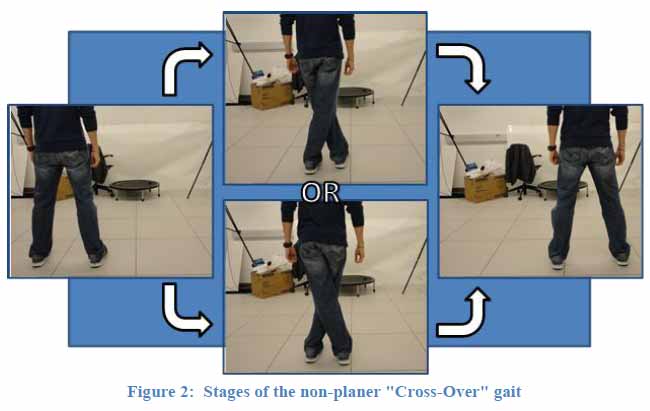 “Another contribution is the measurement of energy costs for sideways walking, which we found to be much higher than normal walking, suggesting why we do not use sideways walking in daily life.“