Jason Goldman, writing in The Guardian, today tells of the long history of frogs being sent (by humans) into space for scientific purposes: “Frogs in space: one giant leap indeed“. 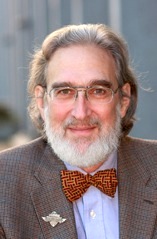 Ig Nobel Prize winner Richard Wassersug [pictured here] has an intimate relationship with the history of frogs in space. Among his publications in that realm:

Wassersug was awarded the 2000 Ig Nobel Prize for biology, for his first-hand report, “On the Comparative Palatability of Some Dry-Season Tadpoles from Costa Rica.” [Published in The American Midland Naturalist, vol. 86, no. 1, July 1971, pp. 101-9.]