“We discuss the idea of building a 2 km high mountain in the Netherlands. In this paper, we give suggestions on three important areas for the completion of this project. Issues like location, structure and sustainability are investigated and discussed in detail.

“The Netherlands does not have any tall mountains. Indeed, its name even derives from the fact that it is essentially flat. According to Thijs Zonneveld, a journalist and former professional cyclist, this is a serious shortcoming of his country. As a possible remedy, he proposed building a 2 kilometer high mountain in the Netherlands. The response was immense. Immediately, there was a lot of excitement at the prospect of building a mountain, but also a fair amount of skepticism about whether it can actually be done. In this report we aim to address some of the obstacles and opportunities that may arise in the construction of such a mountain.” 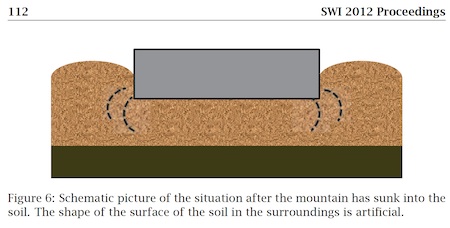 Further info:  (1) Bartels discusses the theory, and (2) the web site for the project to build the mountain.