Littlewood’s Law, or adage, states that an individual can expect to experience “miracles” at the rate of about one per month.

The law was framed by Cambridge University Professor J. E. Littlewood, and published in a 1986 collection of his work, A Mathematician’s Miscellany. It seeks among other things to debunk one element of supposed supernatural phenomenology and is related to the more general Law of Truly Large Numbers, which states that with a sample size large enough, any outrageous thing is likely to happen. 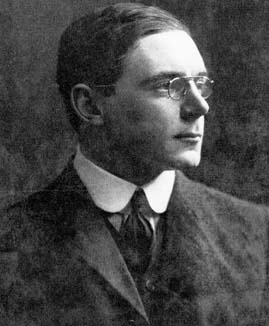 Littlewood defines a miracle as an exceptional event of special significance occurring at a frequency of one in a million. He assumes that during the hours in which a human is awake and alert, a human will see or hear one “event” per second, which may be either exceptional or unexceptional. Additionally, Littlewood supposes that a human is alert for about eight hours per day.

As a result a human will in 35 days have experienced under these suppositions about one million events. Accepting this definition of a miracle, one can expect to observe one miraculous event for every 35 days’ time, on average – and therefore, according to this reasoning, seemingly miraculous events are actually commonplace.

BONUS: More info about John Edensor Littlewood [shown above, in a little photo, and below it in a larger photo], who formulated the law.