Tobi Kosanke, Ph.D., inventor of a diaper for domestic chickens (profiled here yesterday), has filed a patent application for that device:

Here is a technical drawing from the patent application: 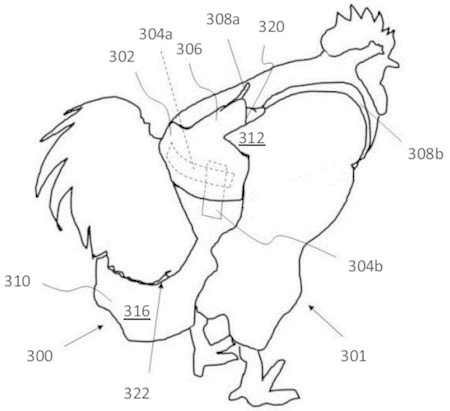 And here is the inventor, waxing eloquent about one of her other inventions: