Mathematicians (of any competent sort) are like writers: they believe that they can describe almost anything. This study is an exercise in write about using math to describe a love story: 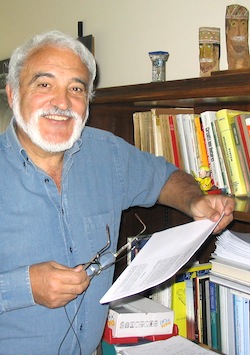 “A mathematical model of ‘Gone with the Wind’“, Sergio Rinaldi [pictured here], Fabio Della Rossa, Pietro Landi, Physica A: Statistical Mechanics and its Applications, Volume 392, Issue 15, 1 August 2013, Pages 3231–3239. (Thanks to investigator Dan Vergano for bringing this to our attention.) The authors, at Politecnico di Milano, Italy, and the International Institute for Applied Systems Analysis, Laxenburg, Austria, explain:

“We develop a mathematical model for mimicking the love story between Scarlett and Rhett described in ‘Gone with the Wind‘. In line with tradition in classical physics, the model is composed of two Ordinary Differential Equations, one for Scarlett and one for Rhett, which encapsulate their main psycho-physical characteristics. The two lovers are described as so-called insecure individuals because they respond very strongly to small involvements of the partner but then attenuate their reaction when the pressure exerted by the partner becomes too high. These characteristics of Scarlett and Rhett clearly emerge during the first part of the film and are sufficient to develop a model that perfectly predicts the complex evolution and the dramatic end of the love story. Since the predicted evolution of the romantic relationship is a direct consequence of the characters of the two individuals, the agreement between the model and the film supports the high credibility of the story.” 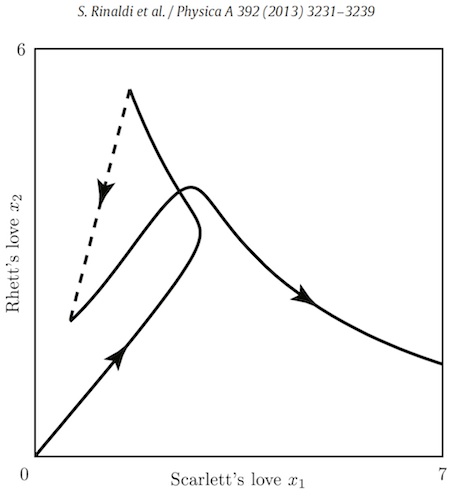 BONUS: A glimpse of the movie: