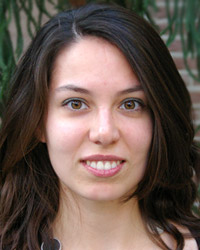 On July 7th, 2013, in Museum Boerhaave, Leiden, The Netherlands, six young, prominent scientists from Leiden University will present their field of research by giving a complete technical description, in Dutch, in twenty-four (24) seconds, followed by a clear summary that anyone can understand, in seven (7) Dutch words. The best of these 24/7 speakers will be invited to present a 24/7 Lecture at the Nederlandse Ig Nobel Night, September 14th, 2013.

This is the second semi-final. The first battle was won by Menno Schilthuizen.

The new contestants of the Ig Nobel 24/7 Battle (and their topics) are:

The time and word limits will be enforced by referee Maarten Keulemans, science editor of De Volkskrant.

Where & when: Museum Boerhaave, Lange St.Agnietenstraat 10, Leiden, the Netherlands; July 7th, 2013, Sunday, 2:00 pm.
Tickets: just the entrance fee to the museum (to reserve seats: fill in this form)